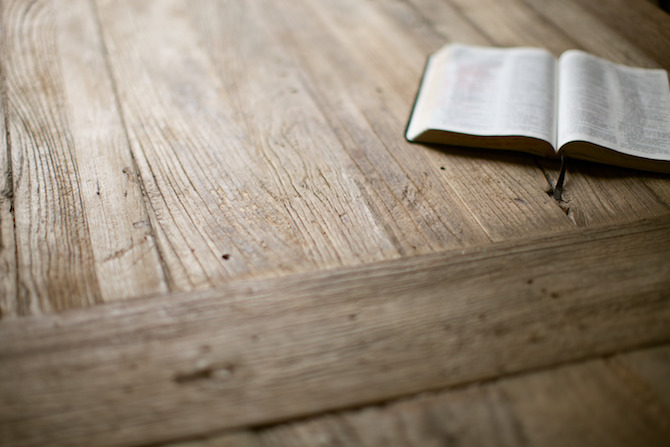 Prayers of the People and Announcements can be found at the bottom of the page.

May the words of my mouth and the meditations of all our hearts be acceptable in your sight, O God our Rock and our Redeemer. Amen

As we begin this morning I wonder if you could help me think about the kind of leaders you like to follow. What are some qualities of a good leader? What are some characteristics of some leaders from history?

Follow through on what they say they will do and who they say they are. No one likes a phony leader. In God’s economy, someone who puffs themselves up to be something they’re not is going to find themselves in the back of the line, because when we truly rest in God, we surprise even ourselves at what we are able to do.

This morning’s text is indicative of this backwards realm in which God invites us to live. As the story opens, we think it’s going to take us one place, but it ends up going in a different direction entirely, because this physical world and the eternal world focus on such different things.

The Greeks who come to see Jesus are presumably in Jerusalem for the coming Passover festivities – they are likely seekers of the Jewish faith, but question circumcision as a reasonable rite of conversion. So they participate to the extent they are able. When they approach Philip, we assume this text will be about Greeks meeting Jesus, but when Philip and Andrew bring the news to Jesus, he hears something very different. The inquiry by the Greeks is an indication to Jesus that “the hour has come for the Son of Man to be glorified.” The Greeks represent the “other sheep” who will be drawn to him after his resurrection – the future is knocking at his door, as it were, and the time has come for him to walk through what he always knew was coming.

In the synoptic Gospels (Mathew, Mark and Luke) Jesus has the interaction that follows in the garden of Gethsemane, where his humanity overwhelms him and he falls to his knees, praying for God to take death from him, not because he doesn’t want to follow through with it, but as an acknowledgement that what he is doing is excruciatingly difficult. In John’s gospel, Jesus acknowledges the internal struggle, but is completely focused on his calling to walk through crucifixion. It’s time for him to be lifted up to more than just those who know him, but be glorified to the world. It is time for his dignity and worth in the eyes of God to become manifest and acknowledged by the world.

I did a little thought experiment this week about what it would have been like if Jesus had said, ‘eh, I don’t think so. As it turns out, I don’t think I want to do that – this isn’t who I am after all.” I imagined him just disappearing, into the wilderness or the masses. It wasn’t a very long experiment, because I figured his disciples would go home after searching for him for a while. The masses would go back to their lives and everything would stay about the same. There were all kinds of would-be Messiahs during that time – perhaps this was a common story.

But Jesus knows in the moment the Greeks arrive that he isn’t the person who saves himself at the last minute. Jesus doesn’t evade the fate he always knew was coming; he not only walks through it with his integrity intact, but through his actions, he sets reconciliation in motion. The myth of redemptive violence has been around since about the dawn of time, the myth that says one with violence one can beat violence or those who threaten the truths one holds dear. It’s the myth that proclaims all will be made right through more pain, suffering and death. As he submits himself to violence and injustice, he exposes the world of the Roman empire for what it is. He exposes the system, by submitting himself to their customs and truths. Jesus walks right into that myth and defies it by refusing to meet the system on its terms. Jesus leads the way through with trust in our faithful God and resting in the promise of redemption through righteous suffering. This is who he is.

Jesus leads through death because he knows and teaches that if a grain of wheat is preserved, it will remain a seed. But if it falls into the earth and dies, it will grow into something new and life giving. We’ve heard it before and the message remains the same: “those who love their life lose it, and those who hate their life in this world will keep it for eternal life.” The part of this world that has turned against God is bound to its own reality – it won’t live beyond this world, the system in which it thrives, or the lie that it tells. Jesus teaches that real life happens when we make eternal life, that relationship with God known in this lifetime, more important than our things, our money, our to do lists, and all the people who need a piece of us. Jesus is not letting up on this message, even when it gets hard.

Because Jesus followed through it submitting himself to suffering and human sin, God was able to work through it to show the power of God’s love to bring death into new life. When God became human, God became vulnerable, like every other living thing, vulnerable to suffering, to abuse, and even death. Through Jesus, the Suffering Servant, God removes every barrier that stands between us and God, and God’s name is indeed glorified; in Jesus, God’s power is honoured, God’s life in Jesus is lifted up and the dignity and worth of Jesus Christ becomes manifest and is acknowledged by the world in need.

Jesus says, this is the time for me to be lifted up for the world to see. And God responds, Yes, show people the truth. Expose the lies. Let us save humanity from itself; let us save humanity from aimlessness, from sin, from lies, from death. God says yes, this is who I know you to be. Jesus is the one who offers himself to us in spite of us and draws us to himself, our God who lived a human life, knows our human celebrations and pain, and leads in the way of righteousness, dignity, reconciliation and the fullness of life with God.