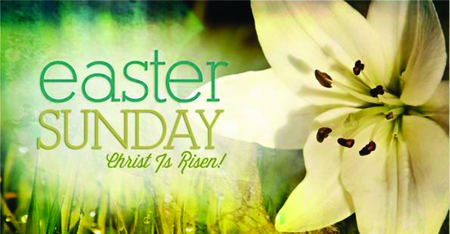 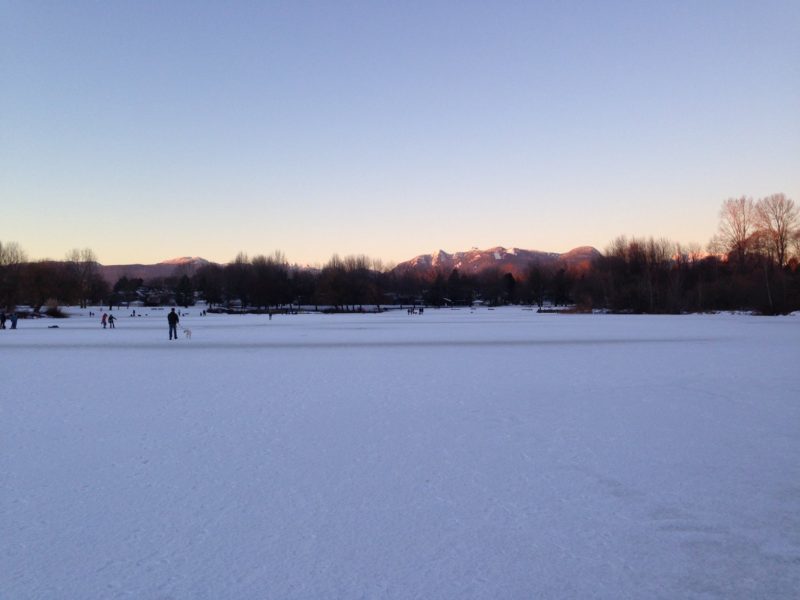 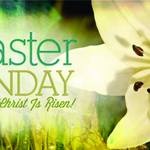 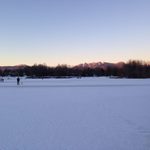 Announcements and the Prayers of the People can be found at the bottom of the page.

A year ago in January during the cold, snowy winter, Trout Lake in East Vancouver froze for the first time in recent memory. We were lucky enough to live across the street and happening upon the frozen lake one afternoon after the space was officially opened, we found ourselves gingerly walking out onto the ice. Contrary to our border collie, Joy, who ran right onto the ice without any fear or understanding, I was just terrified, sure we were going to fall through at any moment - my brain could not reconcile what was happening. The ice wasn’t particularly slippery with a dusting of snow, so we just walked all the way around, slowly but growing in confidence. For the next couple of weeks people flocked there from all over the city – they shut it down one Saturday after 1000 people gathered – we were collectively transfixed by the experience. When Joy and I returned to the lake it was in the wee hours of the dawn – the sky had a periwinkle glow and I could still make out the morning stars. More confident now, we walked together out onto the ice and entered another world. There was a layer of frost on everything we could see, and every bit of that frost proclaimed the coming light. The morning was perfectly still: no birds, no voices, just this holy space that had been opened to us. All I could think of was the line in Revelation that describes the throne room of God as “something like a sea of glass, like crystal.”[1] Yes, like that. It was a space that echoed God is at work here – it’s open and available for a time, for us to encounter.

Mary is also out walking in the wee hours of the morning; it is still dark out when she comes to the garden where they placed Jesus in the tomb. As she approaches something is not as she expects it, but she doesn’t suppose it is the work of God. She turns on her heels and runs back to the disciples, wondering, who could have moved that stone? Grave robbers – where would they have taken him? When they hear the news of the stone being rolled away, the disciples respond with a similar urgency. Mary follows them back to the tomb, burdened with her question, “who has taken him?” The one known as the Other disciple outruns Peter, but still doesn’t enter the holy space. Calling it an empty tomb is misleading, because there is much to notice about a space in which God has been at work. This was a tomb that had never been used, so the missing body of Jesus couldn’t be confused with another. The wrappings that were around Jesus’ body were lying there, but he noticed the wrappings that had been around his head were rolled up – that’s odd. Why would a grave robber unwrap the body before removing it? Why would someone care to roll up the wrappings around Jesus’ head?

Characteristically, Peter breezes right by the Other disciple and right into the tomb – no time to waste here – he takes in what the Other disciple has already seen. Peter’s brain cannot reconcile Jesus’ death with the missing body – the stone rolled away, the wrappings here, there isn’t even an odour – it will take more proof than this to help him believe. But when the Other disciple is finally ready to enter the space, something clicks in, and his faith in Jesus the Messiah is transformed into faith in the risen Christ. The mystery of God is so thick in the air, it’s hard to even form a sentence. When they have taken in all they can, the two return home to ponder, to find some way of sharing with the others, and to wonder what it all means. Up ‘til now there is nothing concrete except for a missing body.

But Mary still lingers and weeps. She has yet to even look inside the tomb, so she leans over to find something even more remarkable than loose wrappings; in the place where God’s love is risen from death, she sees God’s own messengers. Rather than responding with surprise or alarm, her question remains, where have they taken him? Everywhere she turns she asks, where have they taken him? She is so preoccupied with her question, she doesn’t even notice that she didn’t hear the gardener approach; “Sir, if you have carried him away, tell me where you have laid him, and I will take him away.”     “Mary.” The sound of her name cuts through her and all the noise and anxiety fall away. Jesus makes no embellishment of the encounter, but at the sound of her name, invites her to understand. When the Shepherd calls, the sheep recognize the voice and respond. Mary responds, Teacher! and knows in an instant, this is Jesus risen. The body is gone, the wrappings are rolled up and set to the side, and she has an actual conversation with this man who reveals himself as Jesus.

She is the first to be invited into this awesome and unusual relationship with one who is alive, but not in the normal way; one who knows us better than we know ourselves, and still loves us more than is sensible; one whose love for us transforms the world. He lives! Why would we not want to cling to that?! Why would we not want to stay with him as long as possible?!  Jesus, ever her teacher, explains, do not hold on to me in this form, but tell my brothers I will cross over to be with the creator. Mary will come to know the risen Christ as one who shows up in wondrous and surprising ways. She will learn how to follow Jesus even as he lacks human form. When she calls on Christ, he will be with her; where 2 or 3 gather in Jesus’ name, he will be there. Christ brings the light of creation and love to dark places in the world and in us. As the risen Christ speaks with Mary, he is asking her to let go of what she knew and have faith in what God is doing. Mary’s heart continues to be warmed as she goes back to tell the disciples what he said. She knew him, she really did . . . and he knew her. He knew her heart and her devotion to him, and he honours her and calls her as the first apostle, the one who is sent to share a message. Mary: the first apostle of Christ, coming to say, I’ve just seen Jesus!

Even after Mary departs, the tomb remains open as the sun rises in the sky, and the power of God emanates from that place to transform the corners of the earth. This time of year we only need to go out in the morning to sense God is doing something new. Even as I stood on the shore of Trout Lake, longing for the mystery of winter, I couldn’t deny how good it was to feel the sun. The power of God cannot be contained, will not be cornered, will not be stuck in one space, and emerges within dark places. We might find ourselves turning around to find God at work where we never thought to look. So let us go from this place into the mystery of this day, let us go out and greet our God: that force of life even death couldn’t hold back. Look inside, go in and see, the tomb is empty and the only answer is the impossible made possible.