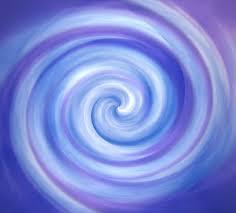 Sermon, Prayers of the People, Announcements

Have you ever had a really bad day, a day when something goes wrong and it feels as though your whole world has fallen apart?

The Book of Job is the story of one poor schmuck (to use a Yiddish word) for whom everything went wrong. His life was as good as one could imagine. He had a loving family. He had wealth and prestige and he even had a clean conscience. He treated others kindly and he went to the temple every day to pray.

And then everything fell apart. It all started with a conversation between God and the Devil. God was actually bragging to Satan about Job, he said, “Have you considered my servant Job, that there is none like him on the earth, a blameless and upright man, who fears God and turns away from evil?”

The devil responded, “The only reason Job loves you, is that he thinks that you are responsible for all the wonderful things in his life. If you took his wealth and comfort from him he would hate you.”

And the Lord said unto Satan: “I’ll make you a little bet. Torment Job as much as you want. Make him as miserable as you can short of killing him, and I’ll wager that he will remain faithful to me.”

So, the Devil began to torment Job. He took everything away from him. He visited on Job every tragedy that a human could experience. And, yet, somehow Job remained faithful to God. He wasn't happy about all the suffering, but for Job, there was no alternative to faithfulness. When Job's wife urged him to curse God, Job said: “Shall we receive good from God, and not receive evil?”

Job's friends told him that all these tragedies couldn't be coincidental. Job must have done something to deserve them. But he told his friends: Look I'm really a very righteous fellow. So, Job goes to God and asks him why he is being punished. He becomes insistent that God explain himself.

In today's reading, we have God's answer. It is an answer that does not sit well with us.

God's answer to Job, coming out of the whirlwind no less, is simply this: “I am God. It is I who created the universe, and I can do what I like. Who are you to question me?” "Who is this that darkens my counsel by words without knowledge? Gird up your loins like a man, I will question you, and you shall declare to me.

God even gets sarcastic.

"Where were you when I laid the foundation of the earth? Tell me, if you have understanding, surely you know!

This goes on for another 3 chapters. It is a terrifying and yet beautiful part of Scripture. It is an image of the divine that is unmatched anywhere in the Bible. If anything in the Bible can give us pause it is the 38th chapter of Job.

This is not an image of God that we Anglicans typically subscribe to. It is certainly not the warm and fuzzy God that I tend to preach about. This is a very ancient view of God; the view of a God who is powerful beyond imagination, who is beyond our understanding.

The God of Job is a God whose message is quite different than the one we are used to: “I am God and you are not. It is not for you to know or question why things are the way they are.” But as I read the Book of Job, I don't see it as a story about the nature of God. God is not the main character. The central character, the point of interest and the instructive elements of the story come out of Job's response to his circumstance.

And when I think of Job I can't help but think of my father-in-law, Wim Krayenhoff. Like Job he started out with a wonderful life. As a young university student in Holland in the late 1930s, he was fun-loving and happy-go-lucky. He loved a good joke, and he could take it as well as dish it out. He was robust and attractive, he came from a loving and well-to-do family. Wim enjoyed life as much as anyone who ever lived.

Then on May 10th, 1940 his world fell apart. The German army invaded Holland and soon closed down the universities. Wim joined the resistance movement. He told me that this was not heroism. He said that there was simply no choice; that the decision was not a decision at all; that he and his friends responded to the invasion of Holland in the only way possible, by resisting.

Wim was engaged in a variety of underground activities designed to sabotage the German War effort, and this, he told me, was the most gratifying time of his life, the only time he knew without any doubt whatsoever that what he was doing was not only right but necessary.

Eventually, Wim was captured. He was sent to a series of labour camps. In one camp it was estimated that 3000 Dutchmen died, and Wim was one of a small handful who survived. His survival beat almost insurmountable odds. When he was finally released at the end of the war he weighed 67 pounds. Job had nothing on him.

What characterized Wim and what made him so resilient, was his curiosity about people and ideas, and the hell that he went through during the war did not quench this curiosity, in fact, it is probably what kept him alive.

He made many friends while he was imprisoned, one of whom was an Italian officer who had run afoul of the Nazis. In order to get to know him better, Wim learned to speak Italian. While the people around him were living in terror and total despair, Wim was learning a new language.

Everyone’s favourite story about Wim happened when he was taken to a Red Cross camp after being liberated near the end of the war. The first thing he saw was a table filled with food. The sight immediately caused him to faint.

When he came to, he had total amnesia. He couldn’t remember a thing AND he was speaking only Italian. The other Italians in the camp tried to help him by identifying the region where his accent came from. It was only after two weeks that he heard a Dutchman speaking his native language and his memory came rushing back.

After the war, Wim experienced further trials, including contracting HIV from a tainted blood transfusion. But he remained faithful to his ideals and principles, and keenly curious about life right up to the day he died at the age of 86. He got cancer and decided to forgo treatment, choosing rather to die at home surrounded by his family. To the very end, he resisted what he believed was the greatest human tragedy. He never allowed himself to become a victim.

Like Job, Wim's greatness came from the fact that he made no judgments about life. Hard is not always bad, nor is easy necessarily good. Life is rich and varied and it presents us with what we need when we need it. As Job said to his wife, if we receive good from God will we not also receive evil? This is not a logic that we follow easily, but think for a moment of the marriage vows in the Book of Alternative Services: "For better or for worse, for richer or for poorer, in sickness and in health." Faithfulness, by definition, means hanging tough when things fall apart.

After God's answer to Job, he was returned to his normal life with even more wealth than before. Things do sometimes work out, and faith is sometimes rewarded.

But maybe the point is that courage and fortitude and faithfulness are their own rewards. Maybe just knowing that our faith can get us through whatever life throws at us is, after all, enough.